Can You ACTUALLY Make Money Exercising with Apps?

For about three days I became obsessed with the idea of getting paid for the number of steps I did. I tried my hardest to find an app that would pay me cash through PayPal for walking.

I downloaded 7 apps onto my iPhone and tested them out. Reading this post won’t get you rich, but if you’re interested in getting something for nothing, then read on!

It’s not super explanatory but I would assume you could receive 12 coins per day if you walked 8,000 steps.

Their other prizes aren’t exciting: money off in the Amazon store but only for fitness related things that are Runtopia branded.

However the biggest down fall is that the coins expire after a year. After learning this fact I decided not to waste anymore time with this app. Getting only 12 coins a day would take me 2500 days to earn enough for the lowest PayPal redemption. That is 6.85 years. If coins expire once a year how am I supposed to make enough to redeem the PayPal dollars?

In their quick guide it says SPC can be earned by opening the app and checking in every day, completing tasks, sharing workout results, inviting friends and some product purchases have rebates.

It’s a bit ambigious in the way it says you can earn coins, especially for an app that has expiring points after one year only.

In this app you betting on yourself and the risk is lower than other betting apps because the challenge is easier to complete.

This would be a great motivator for someone wanting a little push to exercise more often. However, it isn’t a way to make a ton of money. Most people only win about $1.44 per week AUD ($1 USD).

But it is getting something for nothing. Provided you walk 😛

The only downfall of this app is that if you use any other kind of tracker than Apple Watch or Apple Health to record your steps, those steps don’t count. Even using Runkeeper or Fitbit, the steps you’ve made using those apps/watches do not count.

This carries more risk than FitPotato but possibly more reward.

However, it is designed to get out of your comfort zone more than the others. Instead of having a default challenge it analyses your past data and gives you a doable, but harder challenge.

When it analysed my past steps using the Apple Health App the challenge was too hard. I would have had to do 4 active days of 7,000 steps, 2 power days of 9,400 steps and only 1 rest day. Something that would be nice to aspire to, but I’m not sure I could do it in my current working climate.

The Apple Health data is taken from ALL my data including when I had a fairly active job. I used to bar tend and set up for functions. Now I sit all day.

They also pay you 1 LC per day to watch a 15-30 second ad. Their points also don’t expire. Yay! However it does have a limit of 5 LC per day.

It doesn’t offer cash, however the prizes are much better than Runtopia. I have my eye on the series 3 cellular Apple Watch which is currently 10,000 LC. If I can only earn 5 LC per day, it would take 2,000 days to earn the coins.

Divide 2,000 by 365 gives me 5.47 years to earn enough coins. And I couldn’t even earn more by walking further because it caps the daily earnings.

What if I saved money per week instead of using the app?

You must walk outside with LifeCoins. Inside steps don’t count. There is a premium option to upgrade to, but again it doesn’t really say what it will give you in LC. You get rewarded for all Azumio apps on healthy diet, sleeping, workouts and more. It is 10 LC a day.

I’d hope you can earn more than 5 LC a day when on premium otherwise there is no possible way to make money.

You also can’t put money towards a prize, it has to be all LC.

You need to get a million steps to withdraw a prize which at the moment is only an Amazon gift card – though they hope to do more in the future.

I messaged them on Facebook asking if it was Amazon US only as I’m AU. They haven’t replied and they also don’t say how much the gift card is.

There also isn’t any information on if your earnings expire.

SweatCoin has a similar system to LifeCoin where 1000 steps is 0.95 SC. You also have to walk outside for steps to count and they have a daily cap at 5 as well.

But it is a good return when giving nothing to begin with. And they don’t expire. They could be ticking away in the background for years and one day you can receive a bonus $1000!

I looked at term deposits to really compare this and the only bank in Australia (that I could find) that does tiny term deposits is Bendigo Bank. Their rate for a $40 deposit for 24 months is 1% p.a. and even looking at compounding interest (redepositing that interest as well as the initial amount to make more interest), I would only end up with $4.00 profit for the 10 years.

So being about to earn $1000 for something you probably already would have been doing is huge!

There are no guarantees. Sweatcoin could go bust, they could take the PayPal amount down, or they could just close your account if they think you’re cheating (I skimmed over the T&Cs). But they could also put out better prizes, with lower rates for cash.

And even with all the above, there is literally no risk to yourself aside from wasting the time walking and the data to keep the app open. However the data isn’t much, most people have location always as a setting for many apps. If you can be bothered to keep the app open for 10 years, go for it!

Click here to download the app using my referral link. I receive 5 coins for every new user – no walking required on those days!

This app is another one where you bet on yourself. It is $40 USD for 6 weeks of running. The best part about this app is being able to pick your own fitness level and the community you become a part of.

I selected 4 runs a week at a pace of 18 minutes/mile. Data from my RunKeeper app told me I could achieve this pace at a fast walk.

I signed up and did the first week without hassle. My feet hurt from running, but my dog enjoyed it. It was good, but after that first week I consciously had too many rest days to stop participating.

I enjoyed the running, but not the constraints. I’m a little sad to have lost the $40, but I don’t regret it for two reasons:

And even if I did win, it wouldn’t be very lucrative because most people only make around $12 for the 6 weeks which is only $2 a week. Around the same as FitPotato with extra commitment!

My Plan With All This Information

To save for an Apple watch, I’m going to pay myself $1 each time I exercise. I’ve even done a little thermometer in my right sidebar to record my progress. If I exercised everyday for a year, I’d have my watch in no time!

I’m going to keep LifeCoin and if this blog is still going in 11 years I’ll announce when I earn my $1000 PayPal.

FitPotato may be on my radar in the future, but I’m not sure if LifeCoin interferes with it. I am also really liking Blogilates exercise videos on YouTube. I haven’t taken my poor dog out in a while!

How do you keep motivated? Have you ever paid yourself to exercise? Do you use any of these apps or another I haven’t heard of to make money exercising? 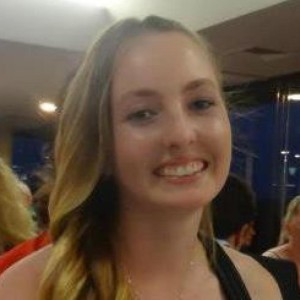 10 Financial Goals to Kick Start Before the New Year

How to Always Have Money for Bills

Saving For An Apple Watch